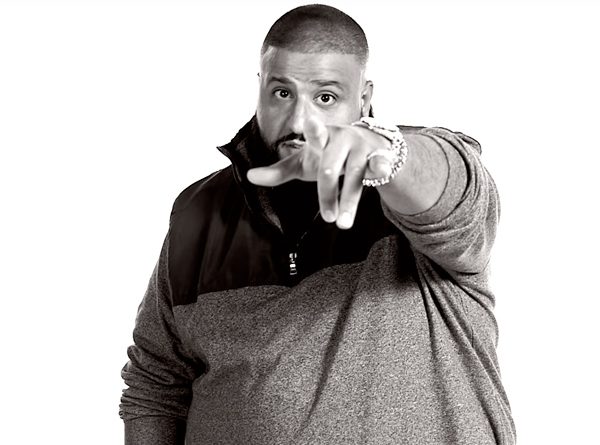 WE THE BEST DJ KHALED DISCOGRAPHY

DJ khaled has so far produced 9th album and is currently in the studio cooking additional banger for his 10th album-Grateful. It is needless to say that the nine previous albums chartered all the top lists around the country and winning several awards. To prove how far and well listened Dj khaled sound travels, the 44th president of the United state former president Barack Obama used one of the many DJ khaled hits as an entrance song .

One of the many distinctive qualities DJ kHaled possess is his ability to bring  major recording artists together on one record and mix it so eloquently to create major hits. So far DJ khaled has collaborated with all the best in the game including Jay Z who is Dj Khaled manager, Beyonce, Akon, Snoop Dogg, Rick Ross, etc.

We dived in the we the best Dj Khaled discography and excavated the We the best collection and music track lists for you to have your playlist up to date.

10th -We will with the most recent upcoming 10th album – Grateful set to be release later this year. The anticipated album is expected to surpass the previous 9th album to date.  The first single title “shinning” featuring Beyonce and Jay Z was released and charting the top lists in the country. The single was executive produced by none other than DJ khaled son ASAHD Khaled.  The album is set to have Drake, Justin Bieber, Nicki Minaj  and other unmentioned so far.

9th – The 9th recording album release under the we the best title Major Keys was an instant success. With singles like For Free with Drake or I got the keys with Jay Z and Future  or Do you mind. The Major key album included the appearance of majors artists like Chris Brown, Fat Joe, Rick Ross to list a few. The album ranked number on the billboard 200, received the gold RIAA award and was nominated for a grammy. The album contains 14 tracks. See below the track list. 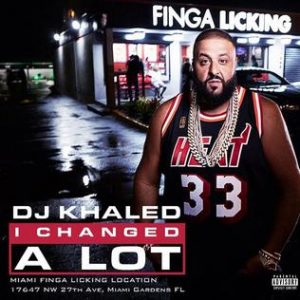 8th -I changed a lot is the 8th studio album of Dj Khaled released under the  we the best and  Red distribution. This album released in 2014 had the appearance of  top artists like French Montana, Meek mill, August Alsina. Dj Khaled is known for bringing talents together and creating amazing songs. The I changed a lot album debuted with major singles such as Hold you down or they don’t love you no more. Those singles are still major hits till today. I changed a lot  has 13 tracks. On this album you won’t miss your favorite artist including the great john legend.

7th – DJ Khaled decided to name his 7th studio album under the we the best label “suffering from success”. The title says it all. On the seventh album, Dj Khaled was facing what many others have faced when dealing with success. The album was released in 2013 and included 14 songs. Suffering from success hit single “no new friends” traveled across the globe. The album featured Drake, Lil wayne, T.I to list a few.

6th The title of the 6th DJ khaled studio album is Kiss the ring. Needless to say it was a bold choice and a strong statement to name the album “kiss the ring” . The album released in 2012 under the we the best group and universal republic records went on charting the bubbling under hot 100 singles with hit singles “bitches and bottles.  Kiss the ring graced the appearance of Young money Ceo Lil wayne, Maybach music CEO Rick Ross, Kanye west to mention a few. The album has 12 songs.

5th -We the best forever is the title of the fifth studio album of DJ khaled .  The album was released in 2011 under the we the best, YMCMB and UMR. This album has two of the most listened summer hits –“welcome to my hood” and “I’m on one”. The album featured the appearance of Drake, Rick Ross, etc. The album went on to sell millions of copies. 12 tracks are available on the original album. 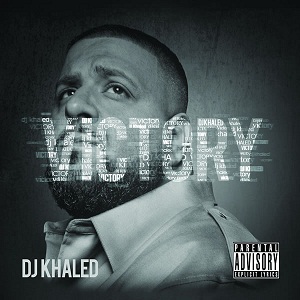 4th – The fourth album titled “Victory” puts DJ Khaled on the music mainstream market. The album singles hit the US Billboard hot 100. On this album you will find the classic single “All I do is win” featuring Rick Ross, Snoop Dogg, T-Pain.  The album sod millions of copies and was released in 2010 under the we the best music group. The album has 12 tracks.

3th   The third studio album of Dj khaled was the first DJ Khaled album to be released under the we the best music and the last under Koch records. The third album titled we Global went to sell millions of copies. The first single titled we are grinding went on to chart the US Billbord 100.  The first we the best album included the appearance of Nas, Kanye west, Sean Paul, and many others. The album has 13 tracks. My favorite on this album is “out here grindin”

2nd- The second studio album is the birth of the record label name-We the best. Like the record label name the second DJ khaled album is titled We the best. The We the best was released in 2007 under the TSE and distributed by Koch records. The album singles are summer hits like “we takin over” and “I’m so hood”. The we best album has twelve tracks with appearances of special guests such as YCMB crew, Rick Ross, Jarule, The game, Jadakiss. 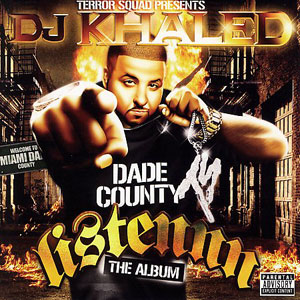 1st– The first DJ Khaled album debut is titled “listennn…the album. At this stage of Dj khaled career, he was already well known in the industry as one of the top DJ in the street. His reputation allowed him to forge the start of amazing collaborations that have lasted till today. The first single Holla me charted the billboard top 100 with guest appearance from Fat Joe, Kanye west, Rick Ross, Lil Wayne, Birdman, and many others. The album released TSE and Koch records have 17 tracks. This album can be considered as the start and the genesis of the  DJ Khaled we the best music  epic long lasting amazing albums.

Aside the great discography of DJ Khaled, you can also update your playlist with the We the best crew members -Ace Hood, Kent Jones, Mavado, etc.