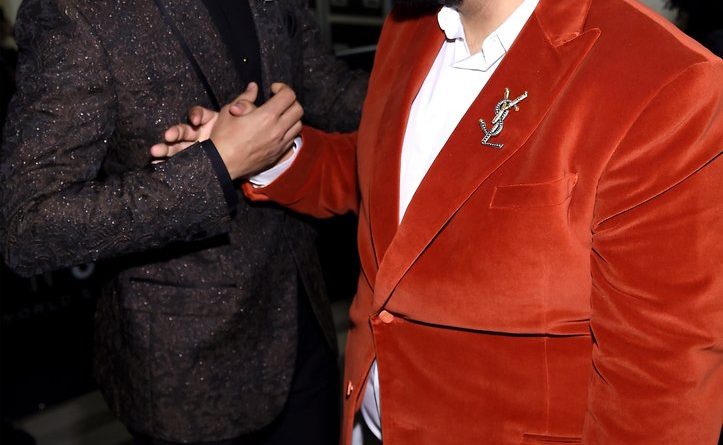 The interview then asked, “So, you’re saying you don’t go down?”

“Nahhh. Never!” Khaled replied saying “I don’t DO that” several times saying it wouldn’t be okay for a woman to refuse to perform oral sex on a man.

According to Khaled, it’s because men are kings.

“It’s different rules for men,” he explains. “You gotta understand, we the king. There’s some things that y’all might not wanna do, but it got to get done. I just can’t do what you want me to do. I just can’t.”

Dwayne Johnson among others had something to say. Dwayne Johnson left a comment that reads: “Ahem… *clears throat* As a man, I take great pride in mastering ALL performances. Letting Dj Khaled know that he takes great pride performing oral sex to his woman.

Ahem.. *clears throat*
as a man, I take great pride in mastering ALL performances. This is probably a little TMI.. I will now quietly excuse myself from this fun thread 👀

The critic on Dj Khaled not performing oral sex to Nicole is not about to stop. The daily show tv host Trevor Noah also left an ironic comment to Khaled.

While Johnson pride himself on being a master, Trevor Noah on the other hand is warning Khaled on the thought of other men wanting to provide Nicole Tuck with Oral sex.

Dj Khaled nor Nicole have yet to comment on this controversy. The Khaled family is currently enjoying a retreat in the Bahamas.