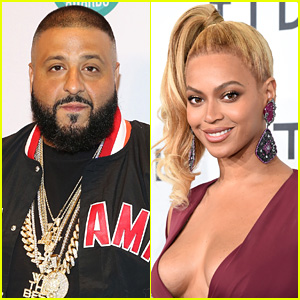 Well, Well, if you don’t know it by now, guess what? You played your self. For hardcore Dj Khaled fans, we know what is happening for the king of snapchat, the major key mogul, cloth talk specialist. Dj khaled is winning big, really big. A lot of good things are happening for the king of snapchat from movies deals, new music coming soon ( new album: Major Keys coming soon), meeting with Obama, etc.

Another major milestones for the snapchat king is happening right now. Since Dj Khaled joined Roc Nation, Jay Z record label, he was invited by the queen Beyonce to join her on the formation World tour as a guest star. The Announcement on his instagram was epic.

“I, DJ Khaled will be on tour with the icon, Beyoncé!!!!!” he continued in the lengthy caption of an Instagram post teasing the tour, thanking the “incomparable icon Beyoncé for this tremendous opportunity of a lifetime. Your music is the soundtrack to so many people’s lives across the globe. Your legacy is a blueprint for the young generation to follow and strive to be. You are the true definition of a superstar. Thank you so much for inviting me on your stage.”

He is ripping stage after stage, pulling from his catalog of anthems and bringing his stars friends. For instance in ATL he brought on stage the king TI, 2Chainz, Ludacris, August, etc.

The Tickets Sales are sky rocking. Fans across the Usa, Europe, Africa, Asia are excited and eager to catch a fan luv snap with the King of the Snap.

The European fans are hoping to see Dj Khaled overcome his phobia for flights and come to Europe for a legendary performance.

Related: Being healthy by Dj Khaled